James Kermott's sculpture career began during his 35 years as a science teacher, a dedicated waterfowl hunter, and a field trial judge of pointing dogs.

His first pieces were working decoy blocks which later evolved into intricately carved ducks and game birds of the decorative class. These were soon sought by private collectors from Maine to Japan and served as auction items at Ducks Unlimited fundraiser. His friend and world champion wildlife sculptor, Bob Berry, convinced him to enter the realm of bronze sculpture.

James spends a tremendous amount of time in the field as both a hunter, dog trainer, and field trial judge. As a result he has in his mind an unlimited number of real images of pointing dogs and birds, of which he captures in his art. 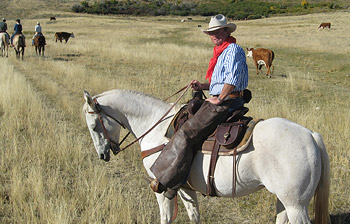 James is an accomplished sculptor

whose bronzes of wildlife and sporting dogs can be seen in collections from coast to coast, and internationally.

His commissioned sculptures vary widely. He has created busts of children, song birds, waterfowl, game birds, North American mammals, abstracts, reliefs, ranch life, livestock; and of course sporting dogs. Most pieces are very few editions of three to ten. He feels; that capturing the essence and energy of his subjects is more important than technically illustrating every small detail. To James, a great piece of art is so much more than that. It must invite the viewer to participate in it's interpretation.

Working animals of the West and the ranch way of life have always been a source of inspiration for James. As a member of the board of directors for the Olaf Wieghorst Museum, this juried artist has created several pieces of western ranch life and the animals that work hard at their job.

James Kermott is a well known field trial judge of pointing breeds in both the American Field and American Kennel Club. Drawing upon his experiences as a field trial judge he gathers many ideas, compositions and subjects for his sculptures. As a judge, he has a number of national and regional championships to his credit. He has been given the honor of creating several bronze commissions which are awarded to winners of major championships of english pointers, weimaraners, vizslas, german shorthairs, and setters.

If not in the goose pits of eastern Washington, on horseback running pointers in Alberta, walking behind a classy pointer in the alfalfa fields of Baja California, or fly fishing in Wyoming or British Columbia, you might find James in his studio bringing to life an image that has been fixed in his memory from his frequent experiences outdoors. 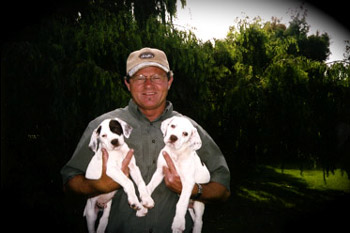 James Kermott's sculpture career began during his 35 years as a science teacher, a dedicated waterfowl hunter, and a field trial judge of pointing dogs.

You can follow James Kermott Sculptures on all major social platforms. News, contests and special offers are announced on these platforms.